Ronnie Wood's fiancee Sally Humphreys is keen to start a family with him, but wants to wait a while so they can enjoy some quality time together first. 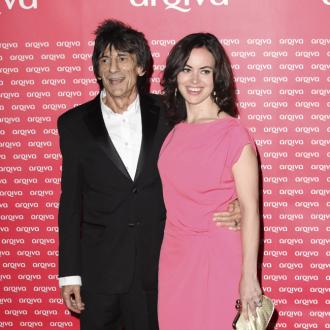 Ronnie Wood's fiancee wants to have children with him.

The 65-year-old rocker - who has four children from his two previous marriages - is set to marry Sally Humphreys, 34, in the coming months, and though the theatre producer wants to have a family, she wants to wait a few years so they can spend some quality time together first.

Sally said: ''I would like children, but not yet. Ronnie is relaxed about it, but I want to have some time just as ourselves.''

Though Ronnie and Sally have known each other for several years, they only realised there could be more than friendship between them at Sir Paul McCartney and Nancy Shevell's wedding in October 2011.

In an interview with the new issue of Britain's Grazia magazine, she said: ''Ronnie and I just had a real laugh. Nothing happened between us but it was the first time I remember thinking of him in a different way. Something changed for both of us, but neither of us said anything.''

At the beginning of the year, Ronnie wrote a letter to Sally expressing his feelings but she still had reservations about getting romantically involved with him because of his age and worldwide fame.

She recalled: ''I did have massive reservations. I knew how I felt about him but I worried about the age difference and his fame.

''I talked to friends, and one of them said, 'If you don't give this a chance, you'll regret it for the rest of your life.' ''

Ronnie proposed in October and Sally wears a red heart around her neck, which the rocker made for her, and a silver ring with the word 'Yes' inscribed on it as an engagement ring.