Ronnie Wood to marry in London

Ronnie Wood and his fiancee Sally Humphreys were spotted at a register office in London this week and have booked the Dorchester Hotel for their big day. 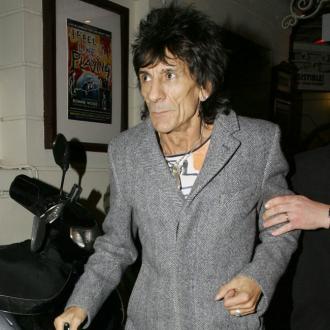 The Rolling Stones guitarist - whose marriage to Jo Wood ended after 24 years of marriage four years ago when he ran off with then 18-year-old cocktail waitress Ekaterina Ivanova - recently proposed to producer Sally Humphreys, 34, and the couple are set to tie the knot in the English capital.

Ronnie, 65 and Sally were spotted at a register office this week and they are said to have booked the Dorchester Hotel for their big day.

Ronnie's former wife Jo - who has children Leah, 33 and 28-year-old Tyrone with Ronnie - recently said she will ''always love'' the 65-year-old rocker, but admitted they had some terrible times in their marriage.

Jo also revealed she broke down in tears when she had to leave their final marital home.

She said: ''I loved that house so much. It was like being a princess in a castle, and I was really sad to go. I knew that I couldn't stay there on my own - it cost so much to run - but it was heartbreaking. I cried my eyes out when I left.''