Ronnie Wood To Publish His Diaries

Rolling Stones Rocker Ronnie Wood Is Set To Publish His Diaries Dating Back Nearly 50 Years In A Limited Edition Book. 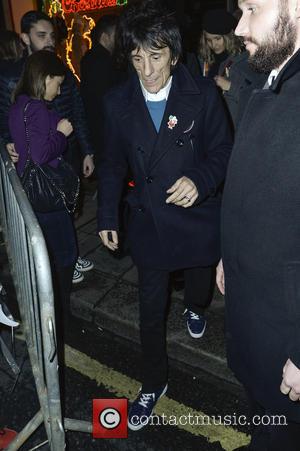 The guitarist has inked a deal with Genesis Publications to release How Can It Be? A Rock & Roll Diary, a series of entries from his personal journals which start in 1965, and were written during his early years as a member of The Birds.

Speaking of the tome, he says, "I suppose my own private world is in the diary. This diary shows what an amazing schedule I had. We'd be travelling the length and breadth of the country every day. With youth on our side, it was a continuing adventure.