Ronnie Wood 'up for' another child

Rolling Stones legend Ronnie Wood's wife has revealed he is ''up for'' having another child at the age of 67. 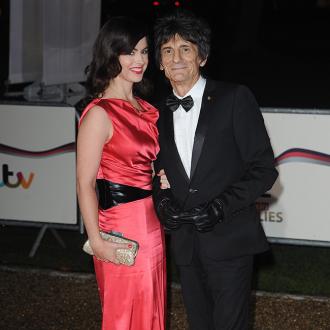 Ronnie Wood is ''up for'' having another child.

The 67-year-old rocker - who already has eight grandchildren and three grown up kids Jesse, Tyrone and Leah, from past relationships - and his 36-year-old wife Sally Humphreys have been discussing starting a family of their own and the Rolling Stones guitarist thinks having a baby would keep him young.

Asked if she wants to have children of her own, Sally said: ''Yeah, I do. There's no plans but there's no non-plans, if you see what I mean. As time ticks on, I would like children. I don't know if I will but I would like them, and if not then I feel lucky to have little people around me anyway.

''Obviously [Ronnie and I have] spoken about it quite a lot, and you can ask him and his response would be, 'Well, that would be nice.' He's up for it. He's got a lot of friends that are older who have younger children and they all say it's fantastic and it keeps you young. I do think that would be wonderful, but I don't know if it will happen. I hope so.''

Sally admits she ''wishes'' there wasn't such a large age gap between herself and her spouse, but she knew she had to accept the difference if she wanted their relationship to work.

She told the Daily Telegraph newspaper: ''He's on my level completely. He's a very nice and caring person. Oh God, don't use the word 'nice', it's so boring. He's very funny, kind and affectionate and welcoming.