The Rolling Stones Glastonbury 2013? The dream's not dead yet, says Ronnie Wood 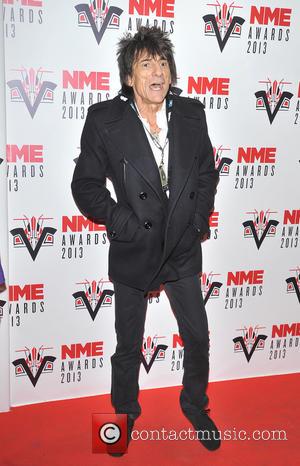 Ronnie Wood picked up two prizes at the NME Music Awards in London, on behalf of his group The Rolling Stones. The Stones returned to the stage in 2012 to celebrate 50 years in business and many assumed them a shoo-in to play the Glastonbury Festival.

The group are not thought to be in discussions to play the legendary musical gathering, though Wood says it's not too late. "Keep your eye out because you know I want to do some more (live shows) and I know that the boys do too," he told Reuters at the awards' ceremony. "I want to do it badly [Glastonbury], but I've no idea yet ... but I am just looking forward to ... I know we're the best live, so I just hope we get it," he said. The line-up for the festival - held between June 26-30 - is yet to be announced, though the Stones remain a strong rumour for the Saturday evening. The returning Arctic Monkeys are likely to be confirmed as the headliner on the Friday evening, with Dizzie Rascal and Mumford & Sons others assumed to be performing. The Stones, comprising of Wood, Mick Jagger, Keither Richards and Charlie Watts, won Best Live Act and Best Film at the NME Awards this week. Ronnie Wood also presented 'Godlike Genius' Johnny Marr with his award, tweeting afterwards, "Thanks #NMEAwards from me and the boys @RollingStones."

The band received strong reviews for their series of shows in London, New Jersey and New York last year.