Ronnie Wood is annoyed his newly reformed band The Faces have not been asked to play at Glastonbury this year. 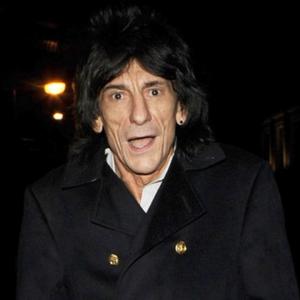 Ronnie Wood is upset his band The Faces have not been asked to play at this year's Glastonbury Festival.

The guitarist - who is also a member of The Rolling Stones - is desperate to take to the stage at the world famous music event and is determined his newly reformed band will not be snubbed again next year.

He said: "We wanted to get involved this year! We'd love to do it."

The Faces hit the headlines in May when it was announced Simply Red's Mick Hucknall would replace Rod Stewart on lead vocals.

Ronnie was forced to defend Mick against accusations from fans he wasn't rock and roll enough for the new look line-up.

He said: "His band aren't but he is. Mick's a big Faces fan and it comes out when he sings, it's a kind of relief for him because he can let loose. Mick's range is like Rod's vocal range was in the 70s."