Wood Back With Ivanova? 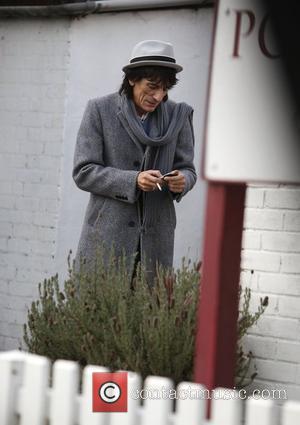 Ronnie Wood has reportedly reconciled with Ekaterina Ivanova - two months after the ugly public-bust up which ended his relationship with the young Russian.
The Rolling Stones rocker split from wife Jo in 2008 after embarking on a whirlwind romance with the 21 year old.
They split in December (09) after he was cautioned for assault following a violent argument with the former waitress. Both subsequently stepped out with new partners, and Ivanova appeared on British reality show Celebrity Big Brother last month (Jan10).
But the lovers appear to be back together - Wood was snapped leaving Ivanova's house earlier this week (begs08Feb10).
A source tells Britain's Sunday Mirror newspaper, “It seems they can’t live without each other. They are taking things slowly, but Ronnie has been staying over at Katia’s place.
“It’s still early days and they don’t want all the attention that came with their ­relationship first time round. When they split, things ended very abruptly, but there was a lot of unfinished business.
“But when Katia came out of the Big Brother house, they began talking and as time went on they both felt the spark was still there.”