Rooney Mara has reportedly signed on to star opposite Josh Brolin in Spike Lee's 'Oldboy' remake. 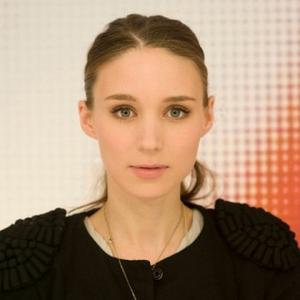 Rooney Mara has signed on for the female lead in Spike Lee's 'Oldboy' remake.

The 'Girl With The Dragon Tattoo' actress will reportedly star as Marie, the love interest of the main character (played by Josh Brolin) in the movie about a man who is falsely imprisoned for 15 years without knowing why, before one day being released and given the tools to fight those who kidnapped him.

The film is based on the 2004 movie by Park Chan-wook, and is being adapted by Mark Protosevich, best known for his work on 'I Am Legend', who will also co-produce.

'The Dark Knight Rises' star Christian Bale is also set to appear in the remake where he will play the leading villain.

Rooney - who previously had a small role in 'The Social Network' - is preparing for the release of her first major starring role as Lisbeth Salander in 'The Girl With The Dragon Tattoo' in December.

The 25-year-old beauty beat a number of high profile actresses including Kristen Stewart and Carey Mulligan to the role in the David Fincher-directed piece.

It will be the first of a trilogy of films and she will reprise the role in 'The Girl Who Played With Fire' and 'The Girl Who Kicked The Hornet's Nest'.

The original novel, written by Stieg Larsson, has sold in 40 million copies in 44 countries, and all three in the series have topped The New York Times Best Seller lists.