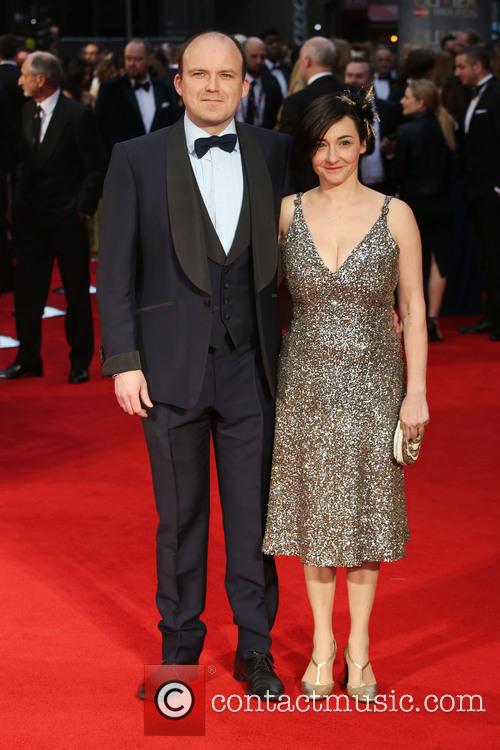 Truly enjoyable British romantic-comedies come along so rarely (Four Weddings and a Funeral was more than 20 years ago) that there's cause to celebrate this smart, likeable romp. Director Ben Palmer and writer Tess Morris never try to obscure the predictable plot, but they pack every scene with sharp characters, snappy dialogue and riotous set-pieces. As a result, we're laughing so much that we barely notice that we're also being reeled in emotionally.

The story centres on Nancy (Lake Bell), who is feeling particularly alone while travelling to London and a 40th anniversary party for her parents (Ken Stott and Harriet Walter). Whinging to her sister (Sharon Horgan) on the phone, she is challenged to be more spontaneous. So when she arrives at Waterloo Station and meets Jack (Simon Pegg), who mistakes her for his blind date, she decides to go along with it, assuming the identity of 24-year-old triathlete Jessica (Ophelia Lovibond). As the afternoon and evening roll out, Nancy and Jack get along surprisingly well until they run into both his bitter ex (Olivia Williams) and one of her old school friends (Kinnear), who sees this as his chance to win her over.

While there are plenty of farcical moments on this drunken night out, the filmmakers never play up the slapstick, acknowledging every over-the-top moment with an eye-roll and a pithy comment. Pegg and Bell are simply perfect for these roles: smart, witty, likeable people with questionable social skills. Both characters are a bit beaten down, but they're also open to what life throws at them, so the rather messy journey they take is thoroughly engaging. They also leave much of the crazier comedy to expert supporting players like Williams and especially Kinnear, whose character very nearly steals the movie with his goofy stalker-like antics.

A simple train journey can have incredibly far-reaching consequences. When Nancy (Lake Bell) meets Jessica (Ophelia Lovibond) on a train, she notices the book she is reading is designed to help with relationship success. Jessica tells her that the book itself is not to be leant, as she is using it to meet up with her blind date. Nancy steals the book, believing that it will work as a serious self-help guide, however she ends up running into Jack (Simon Pegg), who was Jessica's blind date. When Nancy chooses to pose as Jessica, she has the perfect date - only he doesn't know she's lying.

Daniel Craig and Rory Kinnear sail under a low bridge on the River Thames in London as they prepare to shoot a scene for forthcoming James Bond film 'Spectre'.

Daniel Craig and Rory Kinnear appear to take a break from filming the upcoming James Bond movie 'Spectre' as they stand on their stationary speedboat on the River Thames in London as the film crew are seated on the bow.

Daniel Craig and Rory Kinnear rock backwards and forwards on a slow moving speedboat on top of the River Thames in London as they prepare to shoot a scene for the upcoming new James Bond movie 'Spectre'.

Daniel Craig seems to be gesticulating enthusiastically as he and Rory Kinnear take a speedboat ride on the River Thames in London during filming for forthcoming James Bond movie 'Spectre'. The pair are followed by a larger boat carrying what appears to be the film crew.