Rosario Dawson To Go In A Trance 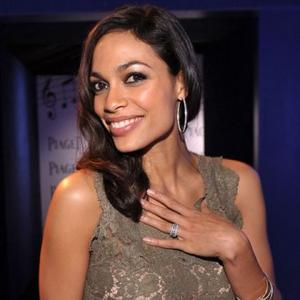 Rosario Dawson has signed up to star in Danny Boyle's 'Trance'.

The 'Sin City' actress and 'Black Swan' star Vincent Cassel are the latest names to join the cast of the drama, which will also star Scottish actor James McAvoy.

The 32-year-old beauty will portray a woman who develops an unusual relationship with James - who plays an inside man in an art heist that goes wrong - and Vincent's characters.

'X-Men: First Class' star Michael Fassbender had been due to appear in the film but he pulled out for unspecified reasons.

Joe Ahearne and John Hodge have written The Script for the project, which will be Danny Boyle's first since his work on highly-acclaimed James Franco-led drama '127 Hours'.

Rosario - who has previously professed to be desperate to play a Klingon in the forthcoming 'Star Trek' sequel - can currently be seen in comedy 'Zookeeper' with Kevin James.

'Trance' is set for release in 2013, meaning Danny is set for a busy period as he is also directing the London 2012 Olympic Games Opening Ceremony.