Rosario Dawson is keen to star as an aggressive Klingon in the forthcoming 'Star Trek' sequel. 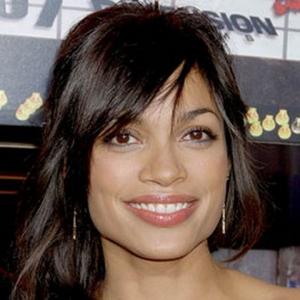 Rosario Dawson wants to star as a Klingon in the 'Star Trek' sequel.

The 31-year-old actress - who stars alongside the 2009 movie's lead actor Chris Pine in 'Unstoppable' - is a huge fan of the franchise and has a petition going to make sure she can have a small role in the upcoming second film directed by J. J. Abrams.

She said: "I'm a big Trekkie. I've been very good at hiding it. I was trying to keep it cool and now the cat is out of the bag.

"I love J. J. Abrams, I've got a whole petition going online on twitter that I could be in the next film, just a Klingon, something, anything at one point! Just go on and say 'Kapla' or something. Then I'd be happy, I'd be very, very satisfied."

The Hollywood beauty has discussed the possibility of starring as a Klingon in 'Star Trek' with Pine - who played Captain Kirk - and thinks he may be able to help her.

She added to Collider.com: "Chris Pine was looking at me funny yesterday! I was wondering about that. Because I was telling him and he was like, 'Really? Old or new?' and he was kind of getting into it."

Little is known about The Script for the movie, but the lead stars from the first film - including Pine, Zachary Quinto and Zoe Saldana - are all signed up to re-play roles.