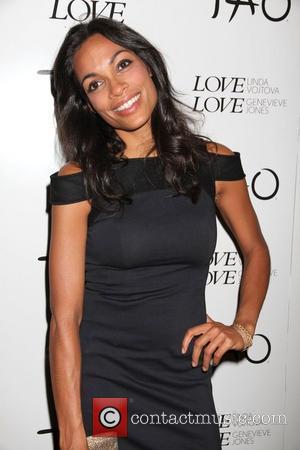 Rosario Dawson, Orlando Bloom and new Transformers pin-up Rosie Huntington-Whiteley are set for a royal weekend when they meet up with Prince William and Catherine, Duchess Of Cambridge at a charity polo match in Santa Barbara, California.
The stars will be among the special guests at the game on Saturday (09Jul11), which will be held before the visiting newlyweds attend another star-studded event in Los Angeles.
Actress Zoe Saldana and British hunk Alex Pettyfer are also expected to attend the game, which will benefit American Friends of the Foundation of Prince William and Harry.
Huntington-Whiteley has a very special reason to chat up the prince - she recently confessed to a crush on his brother Harry.