When Rose Byrne is recognised in public it's often because she's mistaken for someone else. 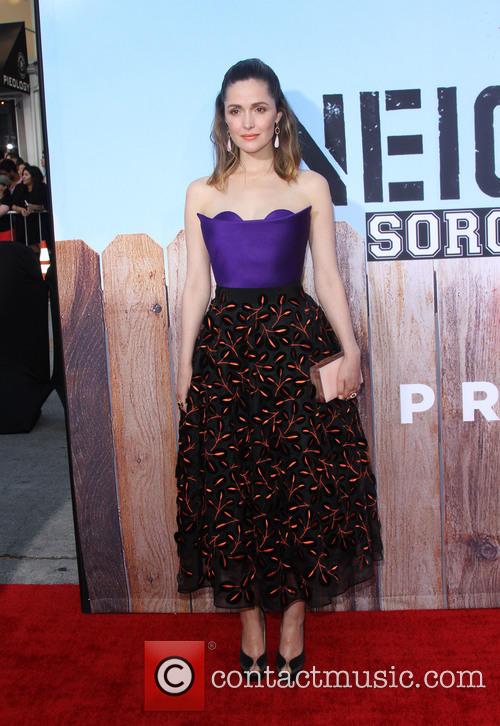 The Australian actress has quickly become one of the most in-demand stars in Hollywood, with roles in hit movies such as the first two Insidious films and the X-Men reboots raising her profile. However, there are still occasions when Rose's fame is non-existent to film fans.

"Half the time it's because they think I'm someone else," she laughed to Interview magazine when asked if she's recognised for projects like Bridesmaids. "I've gotten everyone from Emmy Rossum to Emma Watson."

For Rose, her part in TV series Damages is one she feels opened doors and changed her career. She played law-school graduate Ellen Parsons, who ends up working for ruthless litigator Patty Hewes (Glenn Close). The series came out in the same year as Mad Men, 2007, which the 36-year-old star thinks was the start of a fresh take on TV programmes.

"HBO had already set the bar with The Sopranos and Six Feet Under and all of those brilliant shows, and then this whole new wave of shows came out, so we were very much part of that renaissance, that second wave," Rose said. "It's special to me that we were part of that. I love TV as a viewer; I'm a big fan of Vinyl and I've been fanatic about Girls. The writing is so great on TV now; it's such a pleasure to watch. I feel very lucky to have been a part of it in the earlier stages."

Rose had been keen to appear on the small screen after breaking out in movies, and was keen to beat the stigma of movie stars doing television. So when she finally won the role opposite Glenn, the brunette beauty was over the moon.

"The pilot was just so tight and so thrilling and exciting, and the potential for what would happen to these characters, so I went in for it," she gushed. "I'm so thrilled it worked out because it was a fantastic role and it just got better and better as the season went on."