Actress Rose McGowan has hit out at sexism in Hollywood, saying the industry is stuck in an 'Entourage'-like mentality. 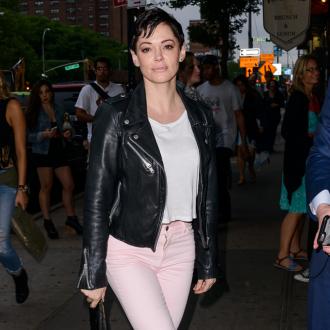 Rose McGowan thinks Hollywood is stuck in an 'Entourage'-like mentality.

The 41-year-old actress recently disclosed a sexist audition note in which all female performers were asked to wear a ''form fitting tank'' that would show off their cleavage - and she's claimed such incidents are not surprising.

Reflecting on sexism in Hollywood, Rose shared: ''There's like 'd**kery' as I call it [in Hollywood], where they're stuck in this 'Mad Men' / 'Entourage' era and it's just boring and it's kind of embarrassing.

''It's old fashioned and it's like, face palm, it's like, that's not what's going on now in the world, you've gotta change. If film is our number one export, be careful with what we're putting out there because you can do a lot of damage.''

The actress said a move towards equality within Hollywood will also make for more interesting cinema.

''Why? Because I want more people to talk to, more people to play with, and more interesting things to watch, listen to, and read. It's not that complicated.''