Rose McGowan recently transitioned from actress to director and is aiming to promote ''free art and free thought'' now she has stepped behind the camera. 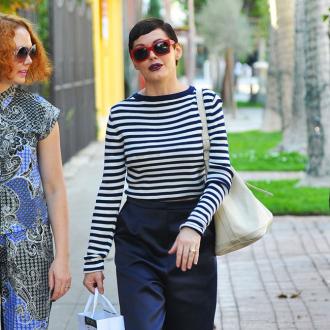 The 41-year-old singer-and-actress is set to make her directorial debut with her thriller 'The Pines' - which will be released later this year - and is hoping to encourage people to express their own ideas and pursue their passions now she has stepped behind the camera.

Speaking at the launch of her friends Derek Anderson and Victor Kubicek's Casa Reale fine jewellery line - where she also showed a short movie she had directed starring Clint Eastwoods' daughter Francesa - Rose said: ''I want to promote free art and free thought.''

The 'Grindhouse' actress - who also performed her debut single 'For You Only' at the event in New York - went on to reveal she is keen to team up with actor Russell Crowe on her next project as she believes the Academy Award winner would take her direction well.

When asked who she'd most like to work with, Rose told the New York Post newspaper's Page Six column: ''Russell Crowe. I could bend him to my f***ing will.''

The multi-talented star isn't one to keep her opinions to herself and recently took to her Twitter account to criticise a casting note she received which requested she wear a revealing outfit highlighting her cleavage for the audition.

She wrote on the site: ''casting note that came w/script I got today. For real. name of male star rhymes with Madam Panhandler hahahaha I die (sic).''

The raven haired beauty also added a snippet from the casting call, which read: ''Notes: - Please make sure you read the attached script before coming in so you understand the context of the scenes. - Wardrobe Note: Black (or dark) form fitting tank that shows off cleavage (push up bras) encouraged. And form fitting leggings or jeans. Nothing white.''