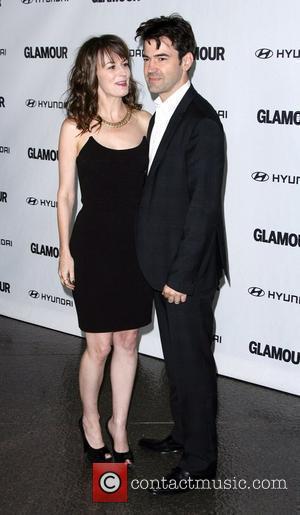 Rosemarie DeWitt, the American actress best known for her role as 'Emily Lehman' in the Fox television series 'Standoff', has been cast in the new Disney movie 'The Odd Life of Timothy Green', reports the Epoch Times. The fantasy-drama film will also star Jennifer Garner, Joel Edgerton and DeWitt's husband RON LIVINGSTONE.
The movie, written and directed by Peter Hedges, is based on a story by Ahmet Zappa and centres on the life of a childless couple who are unable to conceive. After burying a box of 'wishes' in their garden, they are delighted when they finally welcome a baby-boy but young 'Timothy' is not all that he appears. Shooting is set to begin on 31st January 2011 in Atlanta and Garner where Livingstone will play the lead couple, with DeWitt playing the former's sister. Newcomer CAMERON ADAMS will play the eponymous 'Timothy'.
Back in 2008, DeWitt scooped a number of 'Best Supporting Actress' awards for her role in the drama 'Rachel Getting Married', which also starred ANNE HATHWAY. DeWitt played the title character in a performance that was heralded by critics and Hathaway received an ACADEMY AWARD nomination for Best Actress. As with Humpday, writer-director Shelton plays around with transgressive sexuality in this lively, watchable comedy-drama....