ROSIE O'DONNELL is reportedly ''extremely concerned'' that her teenage daughter, Chelsea O'Donnell, was found in the company of an alleged heroin addict after going missing last week. 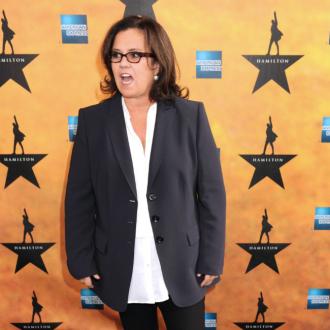 ROSIE O'DONNELL is reportedly ''extremely concerned'' that her daughter, Chelsea O'Donnell, was found in the company of an alleged heroin addict.

The 53-year-old star, who was forced to issue an appeal on Tuesday (18.08.15) after the 17 year old disappeared a week earlier, was ''relieved'' when police brought the teenager back to their home in Nyack, New York in the early hours of Wednesday morning (19.08.15) after locating her approximately 130 miles away in New Jersey.

But a source told PEOPLE.com: ''Rosie is very concerned about the guy she was found with. Rosie is extremely concerned about everything and is trying to figure out what to do next. She met him online. She is underage. This guy was 27, and he had her daughter in New Jersey.''

The mystery man, who initially denied Chelsea was with him, is not thought to be dating her, but the insider added: ''Whether he picked her up or if she drove to meet him in New Jersey, nobody knows.''

The mother and daughter enjoyed a peaceful reunion after police located Chelsea at a house in Barnegat Light by tracking a signal from her mobile phone.

A law enforcement source told E! News: ''The reunion was without incident, there was nothing notable that happened. Rosie was relieved that Chelsea was home and that her welfare was fine.''

Police officers present for the reunion also stated there was no hostility between Rosie and Chelsea, who is battling mental illness and had stopped taking her medication before she went missing.