ROSIE O'DONNELL's missing daughter, Chelsea, has been found safe and well in New Jersey after police located her by tracking the signal of her mobile phone. 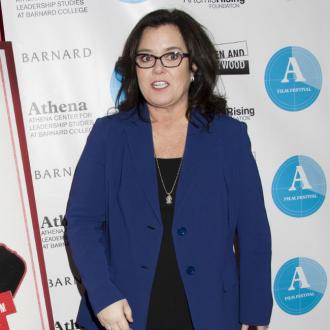 ROSIE O'DONNELL's daughter has been found safe and well in New Jersey.

Chelsea O'Donnell, 17, who went missing from their home in Nyack, New York last Tuesday (11.08.15), was located by police just hours after the 53-year-old star issued an appeal on her website, seeking any information about the teenager's whereabouts.

The former 'The View' co-host thanked her fans for their support and assistance on Twitter, writing: ''chelsea has been found and is safe in police custody - thank u all for the help and light #missingchildren (sic)''

Chelsea, who is battling mental illness, and her terrier, Bear, were discovered approximately 130 miles for home in Barnegat Light on the Jersey shore.

Law enforcement sources told gossip website TMZ.com that they used a signal from her mobile phone to locate her.

Police began searching for Chelsea and Bear, who is her therapy dog, on Sunday (16.08.15) after Rosie expressed concern that she had stopped taking her medicine and was in need of medical attention.

Chelsea is Rosie's adopted daughter with ex-wife Kelli Carpenter, and the former couple, who split in 2007, have two other children, Blake and Vivienne.

The actress also has adopted daughter, Dakota, two, with estranged wife Michelle Rounds, whom she split from in February, as well as an older son Parker, whom she adopted as an infant in 1995.