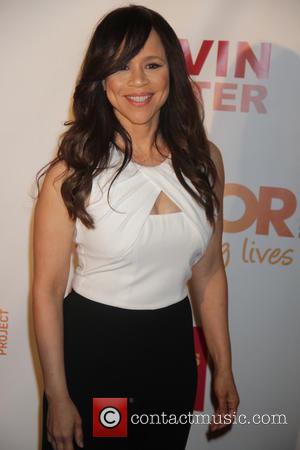 The Pineapple Express star, who joined the programme in September last year (14), briefly bowed out of the show in January (15) to star in Broadway play Fish in the Dark and reports suggested she would not return to the TV series.

Despite the rumours, Perez came back in February (15), but executive producer Bill Wolff has now sent a note to staff at America's ABC network informing them that the star will leave the show at the end of the eighteenth season.

He writes, "Our friend Rosie Perez has decided to leave the show at the conclusion of this season to pursue full time her love for acting. Stepping into the role of talk show host at the same time she has been starring on Broadway has been incredibly impressive. And beyond being an enormously talented performer, Rosie is a dedicated advocate who has brought passion and insight to the panel every day.

"Rosie will always be a part of The View family, and we will welcome her back as a guest anytime to catch up. We'll plan a proper send off for her in a few weeks, but in the meantime, please join me in thanking her for her great work on the show."

Comedian and actress Rosie O'Donnell left the show in February (15) citing a "personal decision" as reason for her departure.

US Magazine: Rosie Perez Leaving The View After Only Four Months? Find Out ...