Actress Rosie Perez Quit Using Public Transport In Her Native New York City After An Overzealous Male Fan Tried To "Attack" Her For A Kiss. 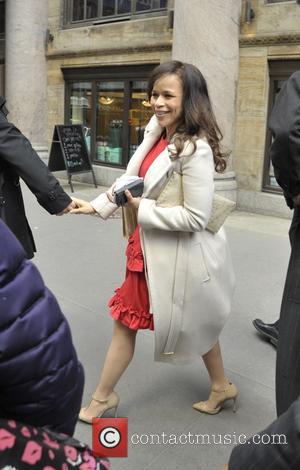 The Do The Right Thing star reveals the man refused to take no for an answer after she declined his request, and she flew into a panic when he decided to follow her off the train.

The feisty Latina managed to fight off the unwanted admirer and even though the scary encounter happened several years ago, it was enough to turn her off using the subway ever again.

She tells U.S. talk show host Wendy Williams, "I used to always take the subway; it's so efficient and it's the best way to get around New York, but not for me, 'cause I can't blend well in there, and I'm not just talking about the tone of my skin!