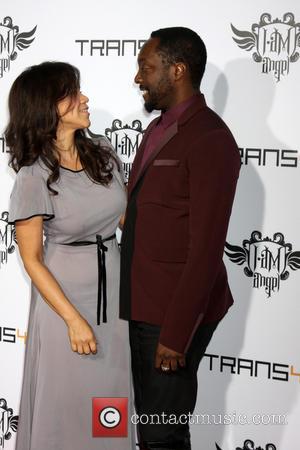 Actress Rosie Perez may have sparked a new war of words with Jennifer Lopez after detailing their behind-the-scenes spat on Tv show In Living Color in her memoirs.

The two stars were dancing Fly Girls on the 1990s U.S. comedy show and in her new book Handbook for an Unpredictable Life, Perez claims she helped Lopez land a job on the show, claiming host and creator Keenan Ivory Wayans was not a fan because he thought she was "chubby and corny".

Lopez made her debut on the show in 1991, and, according to Perez, she made enemies among the other dancers immediately.

In an extract from the book, published in the New York Post, the actress writes, "All of the girls were coming into my office complaining how she was manipulating wardrobe, makeup, and me, all to her advantage."

Perez brushed off the remarks from her fellow dancers, but then Lopez reportedly turned on her like "some ghetto biatch (sic), screaming and pounding her chest."

Perez claims Lopez shouted, "You pick on me, me and only me, every f**king day! Every f**king day! I work my a** off, deliver and you keep pushing me aside, treating me like s**t! I know I’m good! I’m better than any of these girls, and you know it."

The Pineapple Express star fell out with Lopez after the encounter and admits she has been hurt by "disparaging comments" the singer has made about her in Hollywood.

She could not have been more surprised when Lopez appeared friendly towards her at a nightclub years after In Living Color.

She recalls, "Jennifer came over to me, smiling, saying hello as if nothing had happened. I should’ve let it go, played it off, too. Instead, I killed her with my biting tongue."

Handbook for an Unpredictable Life will hit stores on 25 February (14).