The Guardian's theatre critic Michael Billington singled out the Blackadder star for particular praise, saying Atkinson, "reminds us that he is a highly capable actor." Charles Spencer of The Daily Telegraph awarded the play five stars, writing, "A great play, beautifully directed and acted by an outstanding cast - but it is also an evening tinged with sadness." Speaking about his unlikely return to the stage, Atkinson told Radio Four's Front Row programme, "I don't like the idea of just having a stab at things. I'd like to play any part that I feel as though I could play well." The play's director, Richard Eyre, said that his leading man could star in "almost anything." The comedy star made a high profile appearance at the Olympics Opening Ceremony in July last year, where he led The London Symphony Orchestra as the hapless Mr Bean.

Revered playwright Simon Gray died in 2008 aged 71. His last play to enjoy success was the West End revival of Butley, starring Dominic West, though he is also known for his memoirs The Smoking Diaries.

Fans Give Their Own Spin On The Kate Middleton Portrait Saga

By now, just about everyone has seen the first official portrait of future Queen Kate Middleton, and just about all of those who have seen it agree that it really doesn't do the duchess any favours at all. Enter the internet, and the masses of people offering their own take on the picture.

Catherine herself is said to be "thrilled" with the results and has praised both the portrait and artist, Paul Emsley, but few others have been quite so kind about the depiction of the royal. As such, people have given their own take on the controversial picture, with varying degrees of hilarity and perhaps a few potential follow-ups.

One such adaption has taken inspiration from the famed altercation to a painting of Jesus, which was damaged, and then re-painted in a style befitting the Mr Bean Movie.

Continue reading: Fans Give Their Own Spin On The Kate Middleton Portrait Saga

Four Weddings And A Funeral Review

By Pete Croatto
Excellent
In the spring of 1994, Four Weddings and a Funeral was an international hit, earning an Oscar nomination for Best Picture and turning Hugh Grant into a star. It was the My Big Fat Greek Wedding of its day. There's just one tiny difference. Four Weddings and a Funeral is a far superior movie in just about every way, a funny and stirring look at stumbling toward love and the effect of friendship.

And, there's not a bottle of Windex anywhere to be found. 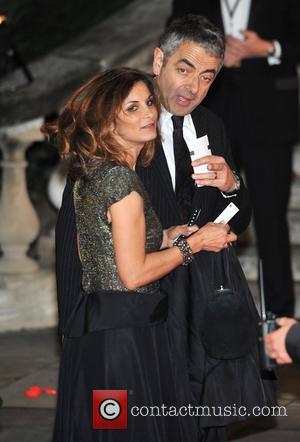