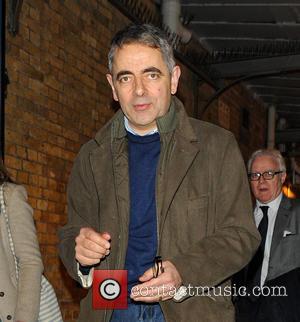 Atkinson crashed McLaren F1 - which can reach speeds of 240mph - in 2011 for the second time, culminating in a hefty, hefty repair bill, which is astronomically high because it's made mostly of carbon fibre. Luckily, for Mr. Bean anyway, it was the insurance company that were creasing at signing that mega-cheque. Atkinson actually picked up the supercar back in 1997 - around 16 years ago - but due to inflation and the rarity of the model, its value has skyrocketed. In fact, Atkinson's is one of only 64 F1s McLaren built. We hate to think what the monthly payments on that car are now. Reports say that it took over a year before expert technicians from McLaren were able to restore Mr. Bean's automobile. "I'm not a collector," he says, "I don't like the toy cupboard syndrome that causes so many good cars to evaporate. It depresses me that they are hidden away like investment art, or gold ingots in a Swiss vault. The McLaren is just so usable, it is a crime not to use it. No gritted teeth, you just get in and drive." (via The Sun).

This probably won't be too much of a problem for Mr Atkinson, though, his infamous turn as Mr. Bean, followed by a string of hilarious movie roles and some impressive writing credits have lead him to a reported net worth of $112 million.