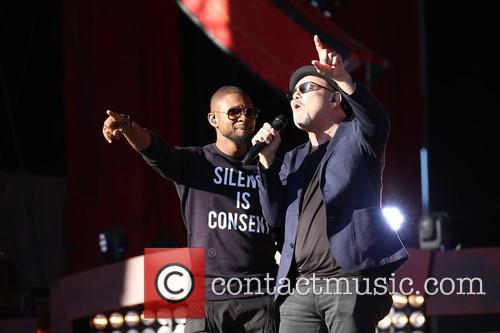 Roberto "Manos de Piedra" Duran was fierce in the ring, his poor upbringing on the streets of Panama all contributed to the man he became. He's extremely tough but his wild streak stops him from becoming the champion he ought to be.

Enter Ray Arcel, Arcel was an old pro, the best of the best and had taken many boxers into the ring and seen them come out the champion. Arcel could clearly see that Duran had a gift and though technically the trainer was retired, Duran's talent made him take his place back at the side of the ring.

This film proves that all the right ingredients don't necessarily make a movie work. Even with top-drawer filmmakers and actors, this dramatic thriller simply never grabs our interest. It looks great, and everyone is giving it their all, but the story and characters remain so badly undefined that we can't identify with either.

The story's set on the US-Mexico border, where a slick lawyer (Fassbender) known as "the Counsellor" has slightly too much going on in his life. He has just proposed to his dream woman Laura (Cruz), while he's planning to open a nightclub with Reiner (Bardem). For extra cash, he's organising a massive cocaine shipment with Westray (Pitt). And it's this drug deal that goes wrong, creating a mess that engulfs Reiner and Laura, as well as Reiner's shrewd girlfriend Malkina (Diaz). As his life collapses around him, the Counsellor scrambles to salvage what he can, even as he realises that it'll be a miracle if anyone survives.

There are problems at every level of this production. McCarthy's first original script is simply too literary, putting verbose dialog into the actors mouths that never sounds like people talking to each other. Fassbender and Bardem are good enough to get away with this, but Pitt and Diaz struggle. Both Fassbender and Cruz bring out some wrenching emotions in their scenes, but their characters are never much more than cardboard cutouts. In fact, no one in this story feels like a fully fleshed-out person. And the little we know about each character makes most of them fairly unlikeable.

'The Counsellor' tells the story of a naive lawyer who holds the belief that dabbling in drug-trafficking is the best way to earn a little extra cash. However, that dabbling evolves into full-blown dealing which consumes his life and infects with all the corruption, betrayal and pain he thought he could avoid. Now with some seriously ruthless criminals on his tail, he begins to realise that there is nothing that these people will not do to get what they want and the odds on his life begin to get higher and higher. Unless he can work out who his friends are, he has no hope of returning to his normal life, but in a world where disloyalty affects everyone's relationships, he begins to wonder if he really has anyone there for him at all.

Directed by the triple Oscar nominated Sir Ridley Scott ('Prometheus', 'Gladiator', 'Alien'), this high-energy, gritty thriller is all about corruption and how smalls mistakes can lead to major consequences. The screenplay has been written by novellist Cormac McCarthy ('No Country for Old Men', 'All the Pretty Horses') and it features an exciting, star-studded cast ensemble. It is set to reach UK cinemas everywhere on November 15th 2013.

By Rich Cline
Good
With a cool Cape Town setting and constant sweaty, kinetic violence, this entire film plays like a wildly thrilling segment from a Bourne movie. It's sharply well-made and acted, but nothing about it remotely scratches beneath the surface.

Continue reading: Once Upon A Time In Mexico Review