Ruby Rose: 'I Wanted To Be A Boy Growing Up'

Lesbian Actress Ruby Rose Was So Committed To Becoming A Boy When She Was Growing Up In Australia, She Saved Cents In A Jar To Pay For An Operation She'd Seen On Tv. 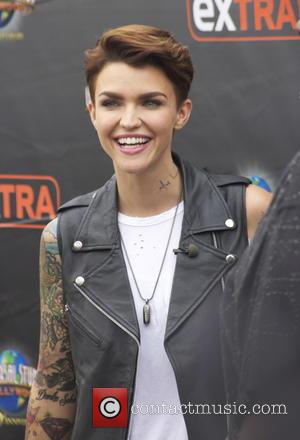 The Orange is the New Black star 'came out' when she was 12 but she had been seriously considered transitioning from female to male from about the age of five.

She tells U.S. news show Access Hollywood, "I had this jar... I probably had, like, 19 cents to go towards this surgery that I didn't really know a lot about; I think I'd seen, like, a daytime documentary, something on Oprah, and I was like, 'That's what I'm going to do'.

"I started saving from probably the age of, like, five (and) when I got to 15 was when I started to get more into my body and I shaved my head. My mum was just like, 'I don't know what's going on right now, but if you're happy then do it.' I decided to change the way that I dressed and talked and I realised I didn't want to transition; I just wanted to be more comfortable in my own skin."

Rose gave fans a taste of what she'd look like as a male by shooting a video of herself transforming into a young man and posting it on social media. The footage has been seen by over eight million people.