Australian Actress Ruby Rose Was Left Petrified After Spotting A Gunman On The Loose In The Garden Of Her House. 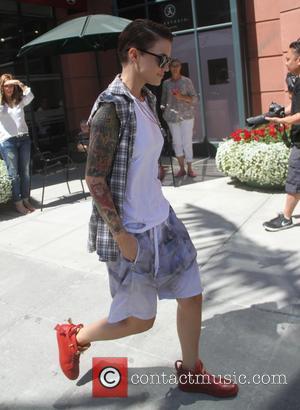 The Orange is the New Black star was at home in Los Angeles on Wednesday night (22Jul15) when she told fans via Twitter.com of the drama unfolding outside.

She had spotted a gun-wielding mystery man on the property as a police helicopter hovered above trying to locate him, but the scary incident eventually ended when officers apprehended a suspect nearby.

Documenting the drama on Twitter, Rose wrote, "There is a gunman in my back yard. This is petrifying. Helicopters, police, dogs... And a crazy person."

The messages have since been deleted.