An excited fan crashed their car into another vehicle when they took their eyes off the road to wave at Ruby Rose. 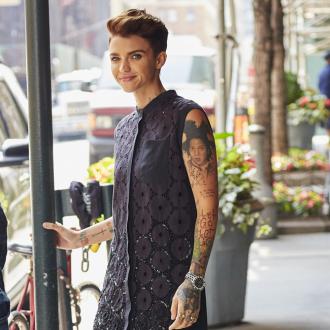 Ruby Rose caused an excited fan to have a car accident.

The 'Orange is the New Black' star was horrified when a fellow driver saw her on the freeway in Los Angeles and took her eyes off the road to wave, only to accidentally bump the vehicle in front.

She said: ''I was like, 'No, no, you have to look at the road,' and they put their brakes on, but they did it too late and it was just enough to bump the car in front of them. No one was injured, thank God.''

Despite her widespread popularity, the 29-year-old star insists it won't last and she will eventually be regarded as a ''has-been''.

''You just learn to ride the wave and just enjoy it. It's not so serious, you know.''

Though she is thrilled by her success, Ruby admits she wishes she had taken more ''risks'' when she was younger and didn't rely too much on other people's opinions.

Asked what advice she would give her younger self, she said: ''Not to let my happiness be so dependent on people around me.

''I was always searching for affirmation that I was okay and that I was good enough, that I could do something and that's probably why it took so long for me to move to the States.

''There were always people around me that made me feel less and I kept them around. I think I would tell my younger self to believe in herself a bit more and take more risks.''