'Orange Is The New Black' star Ruby Rose has confessed she rarely used to sport anything other than denim shorts for three years. 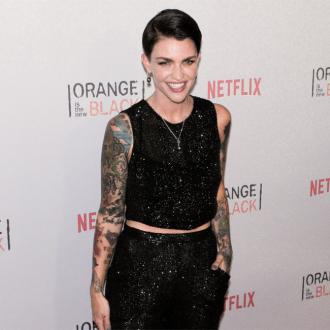 The 'Orange Is The New Black' star has confessed she rarely used to sport anything other than cut-offs until her style become more ''refined'' and she founded her clothing label The Scallywags with her girlfriend Phoebe Dahl.

She said: ''I feel like for three years I was walking around in denim shorts. My style has always been androgynous but feminine, but it's more refined [now].''

She added of their apparel line: ''Phoebe and I have a clothing range called The Scallywags which is a gender fluid, gender neutral brand.''

The brunette beauty, 29 - who is also the face of Maybelline cosmetics in Australia - may be known for her incredible figure and glowing complexion but admits she still got nervous ahead of shooting nude scenes for the hit Netflix show.

She told Look magazine: ''Getting ready for my naked scene was intense. I got the script, and halfway through I'm like, 'You're giving me four days to get my body in shape!' I went to SoulCycle like twice a day and was on a juice cleanse.''