While over in the singles chart, Justin Bieber has knocked Sam Smith off the top spot.

Rudimental have scored their second number one album, with We The Generation topping the UK chart this weekend. The album follows the success of their 2013 debut Home and features collaborations with Ed Sheeran, Bobby Womack and Lianne La Havas. 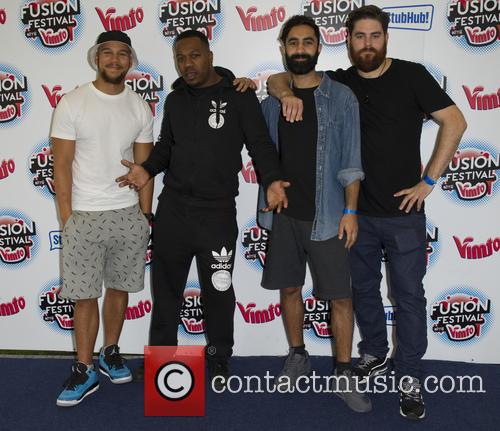 Rudimental are at number one with We The Generation.

Speaking to the Official Charts Company member Amir Amor said, "This is mad! When I think back to some of the seminal bands I’ve always loved, they all had at least two major records.”

“I always dreamed of Rudimental having at least two major records – hopefully it will solidify to the world that we’re serious contenders in the game,” Amor added.

David Gilmour’s former number one album Rattle That Lock is at number four, with the top five been rounded off by a new entry from Editors’ with In Dream. Other new entries hitting the chart this week included Avicii with Stories at nine and Janet Jackson with Unbreakable at 11. The record is Janet’s first studio album in seven years.

More: Justin Bieber Is Back On Top Of UK Singles Chart With 'What Do You Mean’

Over in the singles chart Justin Bieber returned to the top spot for a fourth week today with ‘What Do You Mean’, which knocked off Sam Smith’s Spectre theme ‘Writings on the Wall’. Bieber’s hit also earned the record of being only the fourth song in history to enjoy three different stints at number one.

At number two is R. City’s 'Locked Away' feat. Adam Levine, which moved up one place, while Sam Smith’s Writings on the Wall’ fell to number three. Philip George & Anton Powers climbed a massive 120 places to bag this week’s number four spot with ‘Alone no More’, while Ellie Goulding’s rounded off the top five with ‘On My Mind.’