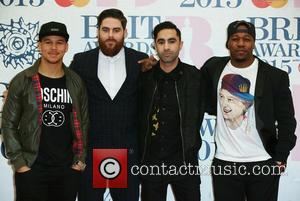 The Feel the Love hitmakers are launching their company Major Toms and are hoping to get the supermodel/actress on their books as she attempts to launch a singing career.

Band member Amir Amor tells Britain's Daily Star newspaper, "We've just started our own record label, Major Toms, so maybe we can get Cara Delevingne on there, that would be cool. We hang out with Cara sometimes, we play Call Of Duty (video game) with her, but we haven't had any recording sessions with her yet - that's next."

Rudimental stormed the stage at Britain's Glastonbury festival on Friday night (26Jun15) as they headlined the event's Other Stage.