The 27 year old took part in the photoshoot with her sisters Tallulah and Scout.

Rumer Willis has accused a photography team who conducted a photoshoot with her for Vanity Fair magazine of photoshopping an image of her without permission, to make her jawline look smaller.

The 27 year old actress, the eldest daughter of Demi Moore and Bruce Willis, alleges that photographers Mark Williams and Sara Hirakawa digitally altered a photo they took of her and her younger sisters, Tallulah and Scout.

Taking to Instagram to share the photo, hoping that other people who saw it would take it down, she said that such digital manipulation of somebody’s body without their permission was “a form of bullying”.

A former Olympian, a television icon and a disco legend are also among the names for the series’ 20th season.

On March 16th ‘Dancing With The Stars’ kicks off its 20th season with a new crop of celebs competing for that all important mirrorball trophy. Last season, former ‘Fresh Prince of Bel Air’ star Alfonso Ribeiro ‘Carlton-ed’ his way to the coveted prize with his pro partner Whitney Carson, but who can we expect to follow in his Foxtrot this time around? Rumer Willis is headed to 'Dancing With The Stars'

The line up was announced Tuesday on 'Good Morning America' by hosts Tom Bergeron and Erin Andrews and this season looking like an interesting mix of stars from across the world of sport and entertainment.

Bruce Willis Is A Father-Of-Five At 59, Welcomes New Daughter

That's one for every 'Die Hard' movie!

Bruce Willis and Emma Heming-Willis have welcomed a little girl into their lives after Evelyn Penn Willis was born on Monday (5th May). Evelyn is the little sister to Bruce and Emma's other daughter, Mabel, as well as the actor's three other children from his marriage to Demi Moore. Bruce Willis & Emma Heming-Willis Have Given Birth To Another Daughter.

The 59-year-old film star and 35-year-old model brought their new daughter, who weighed in at 8lbs 10oz, into the world in Los Angeles. "Both mother and baby are healthy and doing beautifully," said Willis's representative in a statement. "Mabel is delighted to have a new baby sister."

By Elinor Cosgrave in Lifestyle / Showbiz on 24 March 2014

Sources, speaking to numerous media outlets, are reporting Mila Kunis and Ashton Kutcher are expecting their first child together.

Mila Kunis and Ashton Kutcher, within weeks of becoming engaged, are reportedly expecting a baby! The news, as reported by E!, has yet to be confirmed by the couple's representatives but a source close to the couple spoke exclusively to the entertainment website. Other sources, speaking to various websites, have also chimed in and Kunis has recently been spotted attending a prenatal yoga class in Los Angeles. Ashton Kutcher and Mila Kunis have been spotted enjoying basketball games in L.A. despite pregnancy rumours.

The couple are reportedly overjoyed at the prospect of becoming parents, as one friend told People, "they are both very, very happy," adding "it's still early." It's also allegedly "not twins" as another source told the magazine.

By Michael West in Lifestyle / Showbiz on 07 February 2014

Corey Feldman's back, as a weird bearded reporter. Corey Feldman, On The Red Carpet

Dressed in an ill-fitting suit, a prosthetic nose and wig, Feldman attempted to fool the movie's stars Rumer Willis and Billy Zane, but, let's face it, it was Corey Feldman in a bad suit with extra facial hair.

Actress Rumer Willis (Sorority Row; The House Bunny; Wild Cherry) is seen exiting Neil George Salon in Los Angeles, hiding from the photographers behind her garment bag. Although the photographers attempt to ask for her opinion regarding her father Bruce Willis' girlfriend expecting, Rumer refuses to comment.

Rumer is the daughter of Bruce Willis and Demi Moore. She will next be starring in upcoming horror film The Ganzfeld Experiment, about an ESP experiment that goes horribly wrong, alongside Dominic Purcell and Billy Zane 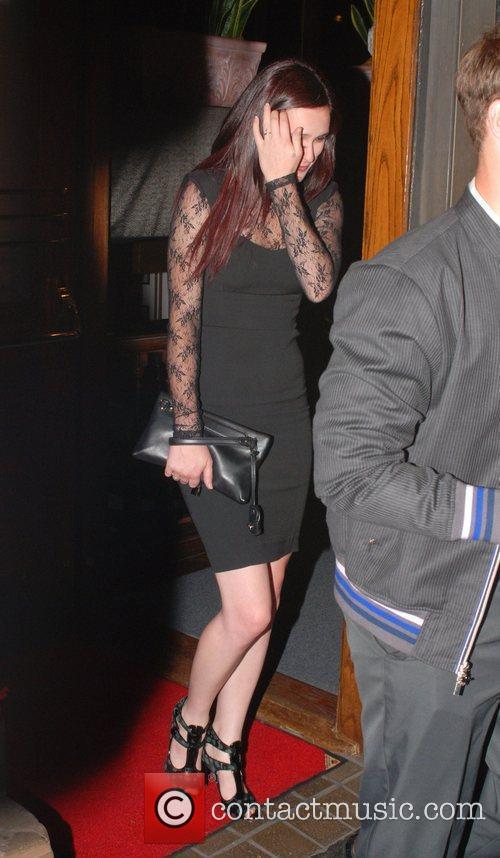 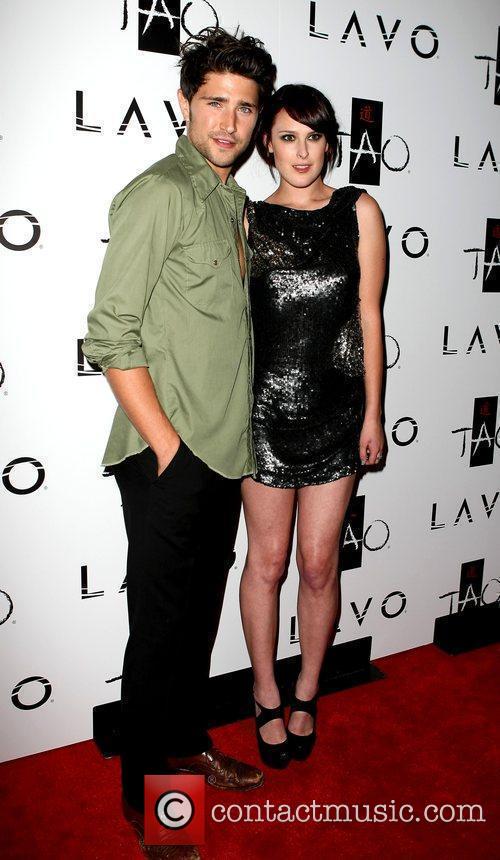 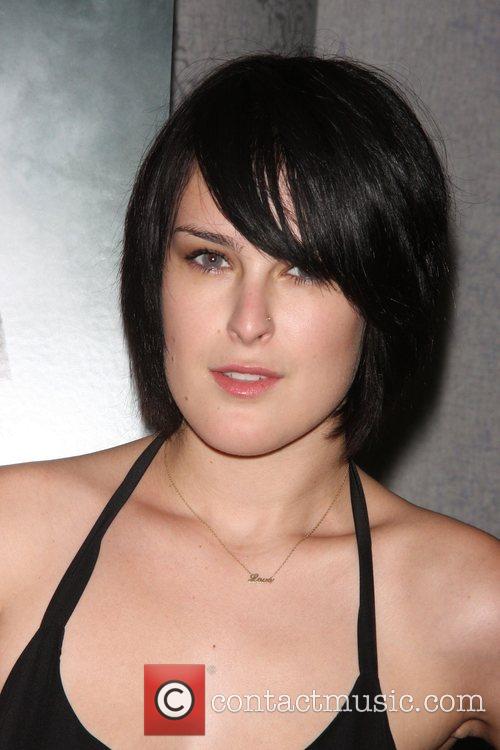 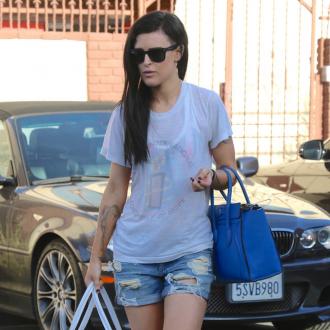