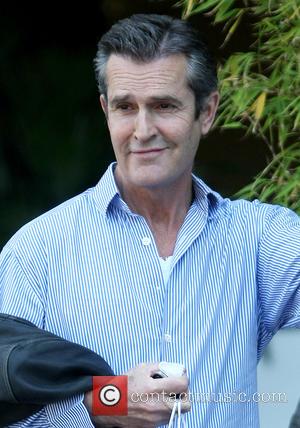 British actor Rupert Everett has a new-found source of energy after giving up sex and drugs.

The gay Shrek star spent his youth partying all night and indulging in illegal substances, but he has since turned his back on his wild ways.

The 53 year old tells The New York Times Style Magazine, "I always thought I'd be found, aged 70, in a tie-dyed T-shirt haunting a toilet or at some rave in Miami. I didn't see myself ever stopping that kind of lifestyle, because I loved it so much. I can't think of anything worse than going out now... I find people who take drugs quite irritating now."

Everett, who has been dating a young Brazilian accountant for the past five years, also reveals he's no longer interested in sex - and he wants to make full use of his extra energy to boost his movie career.

He says, "I had so much sex all the way through my life that by not having it, I now have much more energy for other things. I would really like to do more work - proper work, not just slagging around trying to get jobs in family-viewing fairytales in Hollywood."