Grint To Have Tonsils Removed 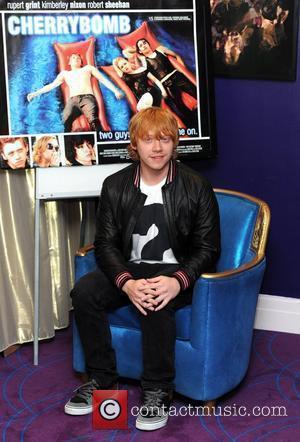 British actor Rupert Grint is making the most of his free time after wrapping filming on Harry Potter - he's undergoing surgery to have his tonsils out.
Grint, who turns 22 on Tuesday (24Aug10), repeatedly falls ill with tonsillitis but has been too busy filming the hit wizard franchise to go into hospital for an operation.
But since completing his part in the final instalment earlier this year (10), the star has finally scheduled his hospital appointment.
He says, "They're always getting infected. But the operation takes two weeks to recover from so I couldn't have it done because of filming. I can't wait to get rid of 'em."