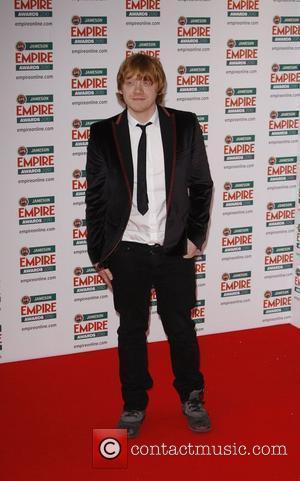 Rupert Grint was left red-faced during a U.K. TV appearance on Monday night (26Apr10) when he was forced to perform the rap he used to land his role in Harry Potter.
The actor was just 10 years old when he won the part of Ron Weasley in the hit wizard franchise, and it was a homemade video audition which convinced producers to give him a starring role.
During an interview on British chat show Justin Lee Collins: Good Times, the 20 year old tried to avoid performing the piece, admitting, "I can't remember it. I don't have a beat, I need a beat."
But host Collins convinced the actor to reproduce his audition video.
Grint rapped, "Hello there, my name's Rupert Grint, I hope you like this and don't think I stink", before confessing: "That was the first line and all I can remember. I was 10!"