Rupert Grint gets recognised everywhere because of his distinctive ginger hair but insists he would never ''betray'' other red-heads and dye his locks. 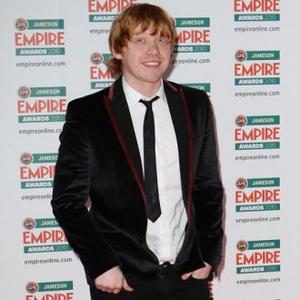 Rupert Grint is a "proud ginger".

The actor - who portrays Ron Weasley in the 'Harry Potter' franchise - says fans always recognise him because of his distinctive red locks but insists he will never dye his hair as it would be a "betrayal".

He told BANG Showbiz: "Do I get recognised? It's embarrassing; I think it's my hair. It's mad, yeah I can go out, but I get recognised all the time... I've always been quite a proud ginger so I couldn't dye it and betray the other gingers.

"Getting recognised is strange, it's not an easy thing to get your head round, but I'm getting used to it."

Despite his repeated attempts for some private time with friends, the 21-year-old star is easy to spot because of his unusual vehicle - a customised ice cream van.

He said: "It was always my dream to have one, it's a fun thing to drive around in. I've been everywhere in it but it's not practical because you do get queues of girls wanting ice cream and I have no stock!"