Rupert Grint is a shy person

Rupert Grint is ''quite a shy person'' and finds it hard to cope with the attention he receives because he was in the Harry Potter films. 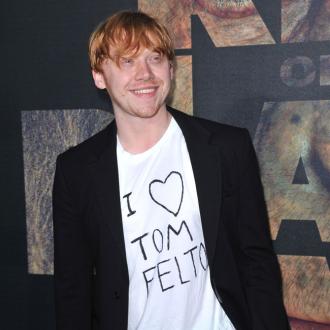 Rupert Grint is ''quite a shy person''.

The 25-year-old actor made his name as a teenage star when he was cast as Harry Potter's best friend Ronald Weasley in the eight-film series about the wizard boy, but admits he struggles to cope with all the fame and attention it has brought him.

He told FHM magazine: ''I'm quite a shy person and wherever you go there's someone taking a picture of you. I do hide away from it and wear hoods and masks.

''I wore a mask at V Festival two years ago and it was invigorating - I felt free. But it was a latex duck mask and it was really hot, so I couldn't keep it on for long.''

Rupert finds it hard because once one person has spotted him it attracts more people and escalates.

He added: ''I've been to a couple of music festivals in the past few years and that's quite tough because there's a huge amount of drunk people. Once one person comes over, it attracts a crowd.

''Sometimes it's a bit overpowering. You can't just be yourself, you're always on show. It puts me on edge.''