Rupert Grint Is Scared Of Spiders

Rupert Grint has revealed he is terrified of spiders just like his 'Harry Potter' alter-ego Ron Weasley. 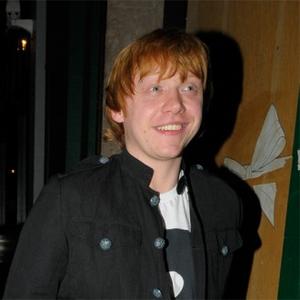 The 22-year-old actor - whose alter-ego in the wizard franchise has been scared of spiders ever since his older brothers Fred and George played a prank on him when he was younger - is so terrified of arachnids he checks his shoes every day before he puts them on to make sure there are no unwanted creepy crawlies inside.

He told Attitude magazine: "I'm arachnophobic. It's really affected my life. I check my shoes every time I put them on. I check my bed sheets and pillows.

"I'm going to Australia in a few weeks. I've never been before - spiders have always stopped me."

While Rupert may be terrified of spiders, he does have a fondness for animals, with miniature donkeys the latest additions to his family's collection of pets.

He said: "I suppose I've got some weird things. The latest thing is we've got miniature donkeys. They're just like normal donkeys, but kind of half the size. We've just got two - Shakespeare and Pandora - just as pets. I've got miniature pigs as well, and miniature hedgehogs.

"We've also got dogs and cats and a parrot and peacocks. I live in the country, really. Just outside London. There's a few acres. They've got some good space."