Rupert Grint says kissing his 'Harry Potter' co-star Emma Watson was ''unnatural'' because she's like a sister to him. 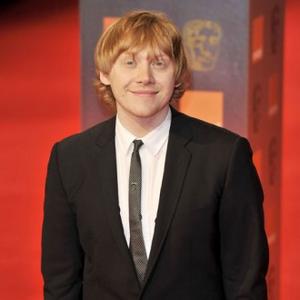 The actor has to lock lips with his stunning co-star in 'Harry Potter and the Deathly Hallows: Part 2' but says it wasn't enjoyable as it seemed because they know each other so well having worked together for over 10 years on the franchise.

He said: "It seemed like the most unnatural thing to do, to kiss this person I'd known since she was nine. It took a while to get into it and put our Friendship aside. It's quite full-on, a proper snog. We're soaking wet as well - they dumped gallons of water on us and then we just went for it. We laughed a lot and it took us a while to concentrate. We did it about four times."

While Rupert, 22, says it wasn't an ideal situation for either them, he knows it was important for their characters, Ron Weasley and Hermione Granger.

He told Attitude magazine: "It's a nice moment for the characters but she's like a sister to me. We're all really close friends, so it was very strange doing that."