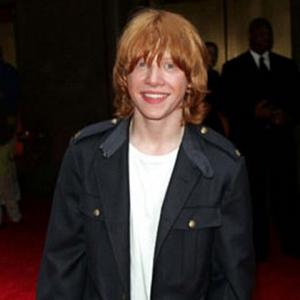 The actor had already had an on-screen kiss in 'Harry Potter and the Half Blood Prince' but says getting intimate in new movie 'Cherrybomb' was a lot harder.

He said: "In 'Harry Potter' it was just a kiss, really. It was suggestive more than anything. This was a lot more intimate. It was quite nerve-wracking. I was quite nervous about it."

Although he got his top off for the scenes, Rupert doesn't think he could follow in his 'Harry Potter' co-star Daniel Radcliffe's footsteps and strip off completely.

He said: "I don't think I could. Just being on stage would be quite a scary thing, let alone with no clothes on. It takes a lot of courage."

Daniel bared all on stage in the West End and Broadway play 'Equus'.

Although he is branching out into other movies, Rupert, 21, admits he'll miss the 'Harry Potter' films when shooting finishes in June.