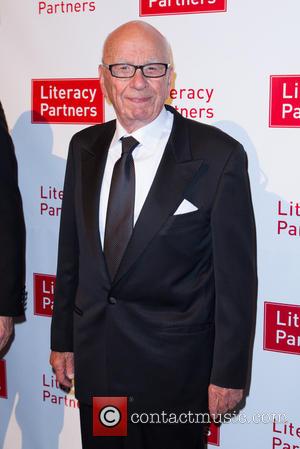 Editors at Britain's Mail on Sunday newspaper report the pair recently struck up a relationship after being introduced by Rupert's sister and niece.

The couple has reportedly been enjoying dates in California and New York, where they went to see Broadway musical Hamilton.

A source tells the newspaper, "It's all very new. They are really enjoying each others company very much."

Rupert and Jerry are expected to make their first public appearance together at the Rugby World Cup final at Twickenham in London next week (beg26Oct15).

"He is very fond of her,' another insider confirms. "There is no question that they are a couple."

This is believed to be the first serious relationship for the 84-year-old billionaire businessman since he split from his third wife Wendi Deng in 2013.

Jerry, 59, split from Rolling Stones frontman Mick Jagger - the father of her four children - in 1999, after it was revealed he had fathered a lovechild with Brazilian model Luciana Morad.