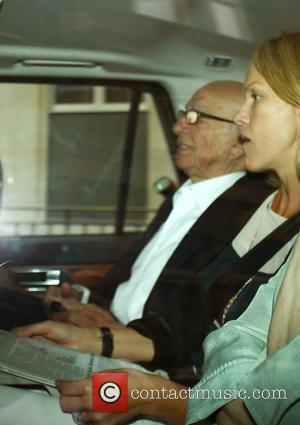 Add New York City's pension funds to those of other large shareholders who plan to vote against the reelection of Rupert Murdoch, his sons James and Lachlan, and their close associates sitting on the board of News Corp at a shareholders meeting on Friday. New York City Comptroller John Liu introduced the resolution to oppose the reelection of the Murdoch group citing not only the News of the World voicemail hacking scandal but also "egregious executive pay practices" and "pervasive director conflicts of interest." Their vote -- and those of other shareholders opposing the Murdochs -- is likely to be merely symbolic, however. News Corp stock is set up in a way so as to ensure that the Murdoch family controls 40 percent of the voting rights. Meanwhile, British MP Tom Watson is flying to Los Angeles to address News Corp shareholders on Friday. Watson, who was himself a victim of the telephone hacking scheme and has been waging a relentless battle against News Corp in Parliament, told the Birmingham Post & Mail "I want the institutional investors to be in No Doubt about the wrongdoing that is taking place in the name of News Corp."