Rupert Murdoch ends his 14 year marriage with Wendi Deng after a visit to a Lower Manhattan courtroom on Wednesday (Nov 20th). 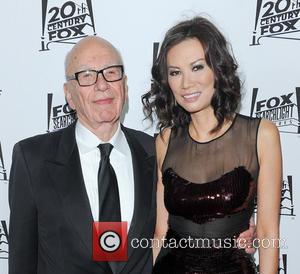 Rupert Murdoch and his third wife Wendi Deng have finally come to a settlement on their divorce.

The pair officially ended their 14 year marriage in a New York courtroom on Wednesday (Nov 20th).

However, the pair did display an amicable approach to one another, they concluded their very expensive divorce battle with a friendly hug.

The New York Times reports, while Murdoch and Deng were at the hearing they both informed the judge that they had signed a confidential hundred-page agreement, which made a trial unnecessary.

"I'm glad that you've been able to resolve these matters amicably," said Judge Ellen Gesmer. "Good luck to both of you."

The pair didn't speak to any reporters outside the Lower Manhattan courtroom but a joint statement was released later in the day.

"We are pleased to announce that we have reached an amicable settlement of all matters relating to our divorce," it read. "We move forward with mutual respect and a shared interest in the health and happiness of our two daughters. We will not comment on this any further."

Deng (44) and Murdoch (82), who have a 38 year age gap between them, have released no details of the finally settlement to the public. It is expected to be one of great expense as Forbes values Murdoch's media fortune at $13.4 bn.

Rupert filed for the divorce back in June of this year (2013). Murdoch and Deng were married for 14 years