Russell Brand has joked his onscreen smooch with Alec Baldwin in 'Rock of Ages' was ''one of the greatest kisses'' he's ever had. 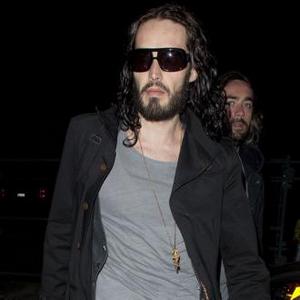 Russell Brand's onscreen smooch with Alec Baldwin was ''one of the greatest kisses'' he's ever had.

The pair locked lips in new movie 'Rock of Ages' and Russell, who split from wife Katy Perry in December 2011, joked he enjoyed their kiss so much that he deliberately made mistakes so they could do multiple takes.

He told ITV1's 'Daybreak': ''Alec Baldwin has been one of the great kisses of my life. Like, to be honest, in the first few takes I deliberately made it go wrong just so I could kiss him more often. I'd go, 'Oh sorry, I was wearing a baseball cap in the scene. Oh sorry, I think I stumbled, I opened my eyes.' So they did take after take, kiss after kiss, and I thought if I keep kissing that man, eventually I can make him love me.''

Russell also joked he gave acting tips to Tom Cruise while they shot the big screen adaptation of the musical, in which he plays narrator Lonny.