Russell Brand enjoyed the ''most sober stag party in history'' with a host of celebrity friends including Noel Gallagher over the weekend. 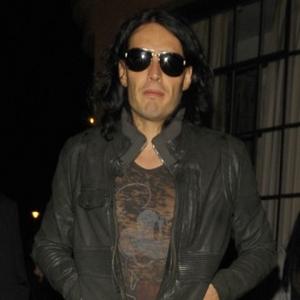 Russell Brand enjoyed the "most sober stag party in history" over the weekend.

The former alcohol and drug addict and reformed womaniser - who is set to marry singer Katy Perry next month - marked the imminent end of his bachelor status with a host of star friends, including ex-Oasis guitarist Noel Gallagher, comedian David Walliams and TV presenter Jonathan Ross, with a weekend of activities which included watching a soccer match and raft building.

The bash - which was organised by his manager, Nik Linnen - started at The Grove hotel in Hertfordshire, near London, on Saturday (25.09.10) where Russell and his friends were taken by bus to watch his favourite soccer team West Ham United beat London rivals Tottenham Hotspur, before privately dining at the York and Albany restaurant.

The party then eventually ended up at table dancing club Angels, where proprietor Peter Stringfellow handed the freedom of the club over to Russell and his pals.

The comic actor - who comes from the county of Essex in East England - tweeted: "West Ham beat Spurs and Stringfellow just tild me to 'do what you like'; truly I am the Duke of Essex (sic)."

Party loving Angels owner Stringfellow told the Daily Mirror newspaper: "It was the most sober stag party in the history of nightclubs.

"It was excellent and we really enjoyed ourselves - including Noel. It was a wonderful night and everybody behaved themselves respectably."

The party then headed back to the hotel before 2am, before getting up early the next day for the raft building competition, and the weekend ended with a quiet meal.

It is believed Katy, 25, and Russell, 35, will marry in India sometime in October.