Funnyman Russell Brand And Nicolas Cage Are Teaming Up On The Big Screen For A Quirky New Comedy Inspired By The Colorado Man Who Jetted Off To Pakistan After Dreaming About Killing Terrorist Mastermind Osama Bin Laden. 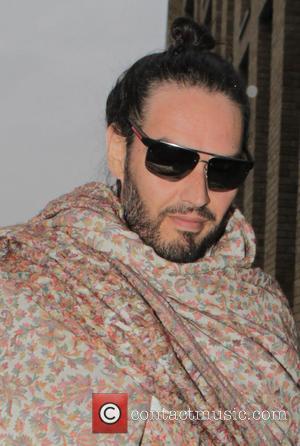 Picture: Shots of English comedian and activist Russell Brand as he arrived to The Proud Archivist dressed as the new messiah. He was attending to give...

Army of One will be directed by Seinfeld writer Larry Charles, who was behind the camera for Sacha Baron-Cohen's Borat movie, and will also feature Rainn Wilson.

The film chronicles the life of Gary Faulkner, who was convinced he had to kill the man behind 9/11 terror attacks on the U.S.

Ironically, Brand was fired from MTV in 2001 after dressing up as bin Laden on the day after the atrocities.

Bin Laden was actually killed in 2011 following a special forces raid on his secret compound in Pakistan.