Comedian Russell Brand Was Dismissed As A "Walking Contradiction" By A Documentary-maker For Telling Children Not To Pursue Fame And Fortune. 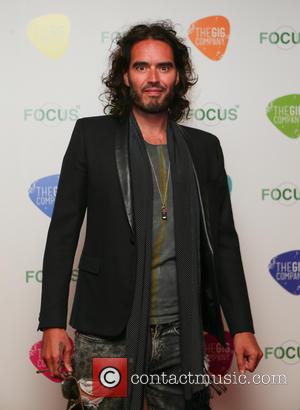 Ondi Timoner is gearing up for the release of her intimate behind-the-scenes film about the British funnyman, Brand: A Second Coming, which includes some intensely private footage during his ill-fated marriage to pop star Katy Perry.

Brand pulled out of promoting the documentary when it premiered at the South by Southwest festival in Texas in March (15), insisting watching it had depressed him.

Now Timoner has revealed she has barely had any contact with Brand after she refused to agree to his demands to edit out footage he found uncomfortable, including moments with Perry and discussions about his father.

She tells British newspaper The Sun, "If I'd done all his changes it would have been a terrible film. He was made uncomfortable by showing his vulnerability in the film. He wrote to me that his life was painful enough to live the first time around.

"He is a walking contradiction. In one scene he is saying to a load of school kids, 'Don't pursue fame and money', while sitting there with all those things."

Timoner also recalled how her relationship with Brand has become frosty since they worked together, telling the London Evening Standard, "I hope we can be friends at some point. But it is awkward at the moment... I'm not sure how he feels about me. I know he respects me as an artist. He is far more serious and private in real life. The person he makes himself out to be in public is there to make him bullet-proof."