Will Yoga Bring Russell Brand and Demi Moore Together? 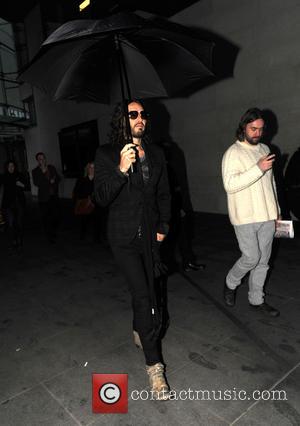 If there's one thing Russell Brand is famous for, no, not the drugs, the alcohol or the BBC Radio scandal, it's womanising. The 37-year-old is known for his womanising, and it seems yoga is a great place to meet them.

Especially when you invite everyone from your class back to your house to stretch and groan for a couple of hours. "Demi Moore, as far as anything more physical goes -- she's just at yoga. I really like her, she's really lovely. I just see her at yoga. She's an older lady, she's incredibly beautiful but that's that," said Brand of Moore, rather snappily, which suggests it was on his mind. "I like the yoga thing, it's the dawning of a wonderful new era. It's proving to be an interesting new phase for me -- yoga, transcendental consciousness, meditation, good-looking people. It's the dawning of a new Sixties."

Brand admitted, though, that he does keep an eye on the ladies while he's supposed to be finding his inner self. "It's full of amazing women. That's a fact. They are all filled with sexual energy. It has been brilliant."

In all seriousness, though, Mr. Brand is dedicating himself to helping struggling addicts, and even more so since close friend of his, Amy Winehouse tragically died due to substance abuse. He is hosting a day called Give It Up For Comic Relief, at Wembley Arena on March 6 -- with some of the biggest names in music and comedy. Noel Gallagher, Kasabian, Jessie J, Rizzle Kicks, Emeli Sande, Nicole Scherzinger, Jake Bugg and Paloma Faith will also perform.