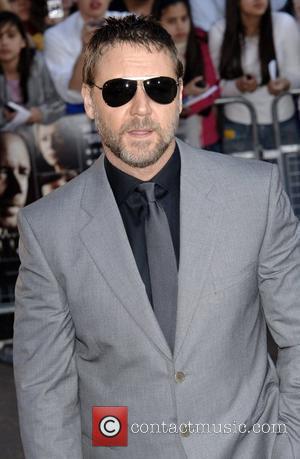 The BAFTA-winning director joined leading man Crowe and co-star Dame Helen Mirren at the Empire cinema in Leicester Square as the film adaptation of Paul Abbott's acclaimed BBC series made its big-screen bow.

Crowe plays veteran reporter Cal McCaffrey in the political thriller, a role originally intended for Brad Pitt, and Touching the Void helmer Macdonald praised the Oscar winner's ability to immerse himself in a role.

"There's a difference between an actor and a movie star; Russell manages to be both, but he's an actor first and foremost and he puts the character first," Macdonald explained.

"As a director, working with someone who's been the same in every movie you'd have to mould the film around them, which is not what an actor should do."

He added: "I think Russell enjoyed it, but had a very complex relationship with the media and with journalists and he made that clear from the beginning that he had some trepidation, because he wasn't sure he could play a heroic character as a journalist.

"And I think what we realised was that he didn't have to play a hero: the point of this character is that he is highly flawed. And like any journalist, he makes mistakes, he has his biases, but in the long run he makes the right decisions, by his sense of the importance of his job and the integrity of what he's doing."

Crowe, who signed autographs and posed for pictures with fans for over an hour, took a break from shooting Sir Ridley Scott's new Robin Hood film to take to the red carpet in the Tuesday evening sun.

"I'm really enjoying it, you've got a great industry here," he told reporters. "That's one of the benefits of shooting here, the people that work on the films are fantastic, from artists to technicians."

However, Crowe refused to be drawn on the truth behind Sienna Miller's removal from the project, with Cate Blanchett replacing her as Maid Marian.

"I appreciate Cate's artistry a lot but Sienna would have been wonderful in the role anyway," was the Gladiator star's brief reply when questioned.