Russell Crowe Got Old and Fat 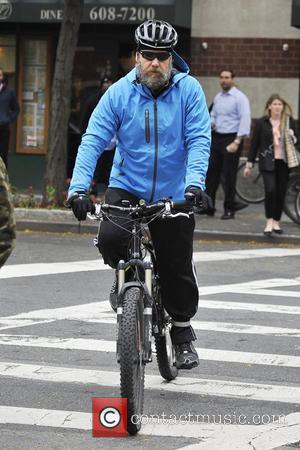 Yes, photos prove that Russell Crowe has got old and fat since the break down of his marriage. However, his altered appearance isn't due to the emotional strife he has been enduring over the past few months, and instead is in aid of his new movie Noah, in which he plays mankind's saviour amid the Biblical flood.

The Gladiator has been snapped with a long grey beared and a spare wheel or two around his waist, on set of Dan Aronofsky's upcoming ambitious movie based on Noah, as he builds the ark, and attempts to save two of every species on Earth. Ray Winston, Emma Watson and Jennifer Connelly will be starring alongside Crowe, as part of the $78m budgeted epic. This update of one of the best loved stories of the Bible is to be set in a more contemporary era, and will be released in 2014, reports the Daily Mail.

Acknowledging the alteration in appearance, Crowe made light of it in a tweet 'The beard will be gone mid November so, no, I'm not booking Christmas shows #missedopportunity.' Although the star has gained a few pounds he has nevertheless kept up an intense work-out regime, and is generally keeping himself very, very busy since he filed for divorce. The pair's 9 year marriage simply couldn't handle the Hollywood pressure, as once source told the Daily Mail "a showbusiness marriage should still be a two-way street and he has been less behind her career than she has been behind his."