Russell Crowe Has Ended Speculation He Will Buy England Soccer Team Leeds United After Expressing An Interest In The Deal Earlier This Year (15). 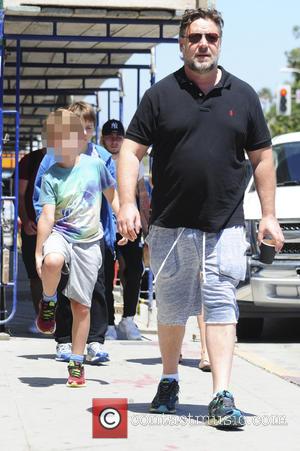 The Gladiator actor, who co-owns Australian rugby club South Sydney Rabbitohs, publicly considered buying the side on Twitter.com in February (15) after a group of Leeds United (LUFC) fans urged him to make a bid, but club chairman Andrew Umbers shot down the rumours, insisting there were no plans to sell up.

Crowe has now ruled himself out of ever owning the club and gave a lengthy explanation on Twitter.com on Tuesday (25Aug15), insisting he cannot be so far away from his two sons, who live in Crowe's adopted Australia.

The actor writes, "I stand by my belief that LUFC is a massive opportunity. When my trusted associates tested the idea... We found multiple potential... I'm 51, I answered questions on a topic, a passion... I did not create the agenda... As you may well know... in 2006 I took over the 1908 formed South Sydney Rugby League team. 9 years of hard yakka (work) later we broke a 43 year drought and won!!

"I know what it takes. I've been through it, I look at the Mighty Leeds opportunity and I evaluate it through the time stolen... from my kids. Economics tell the folks in my organisation we could smash this, but, I know the personal toll it takes, and I know... without my actual hands on the wheel in Leeds I can't guarantee investors a return. I've loved Leeds all my life. I will always... I will not though steal anymore time from my children. It's that simple."

Crowe's sons, Charles, 11, and Tennyson, nine, are from his marriage to Danielle Spencer. They separated in 2012.